Charlie B. heads to Memphis with the Groove Crew and a lifelong love of the blues

Charlie Butler is not the first musician to find spiritual guidance from the blues.

But the Philadelphia-born guitarist and singer, who currently leads Calgary’s Charlie B and the Groove Crew, decided to put all his spiritual cards on the table with his latest song, a rollicking Bo Diddley-flavoured number called Blues is My Religion.

It should also fit right in when the band goes down to the International Blues Competition in Memphis next week, a city officially known as “the home of the blues and the birthplace of rock ‘n’ roll.” 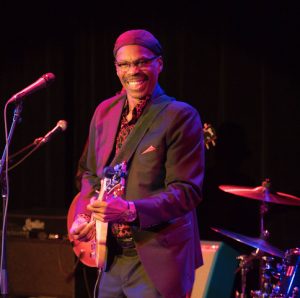